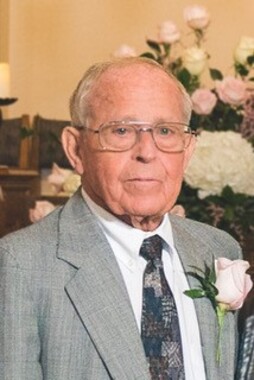 Back to William's story

TULSA - William Clay Stokes was born Feb. 17, 1938, in Stratford, the third child of Ora Etta Stokes and Murl Dennis Stokes.
Bill passed away from this life Saturday, Feb. 15, 2020, two days shy of his 82nd birthday.
He lived in Ada from birth to age 50, when he moved to Tulsa, where he lived until his death.
He graduated from Ada High School in 1955, then attended East Central University, where he received his business degree. After college, he joined the Army in 1959. He was decorated as an expert marksman in rifle. He was honorably discharged in 1961.
He began a 30-year career as an automotive upholsterer at Service Chevrolet of Ada.
On Dec. 7, 1963, he married the love of his life, Patsy Gwendolyn Lamb. The couple had two children, Mike and Jay, and raised the family in Ada.
The couple attended Asbury United Methodist Church, where they were very active in the church.
Bill was a family man who not only took care of wife and children, but he also cared for his parents and his parents-in-law. For many years, Bill was very involved in the lives of the boys he coached in baseball.
In 1987, Bill and Pat moved to Tulsa following the birth of the first of seven grandchildren. There, Bill began his second career as a restoration specialist as a founding partner of Oklahoma Disaster Restoration, where he worked until 2012. He didn't actually retire but enjoyed coming and going as he pleased, always happy to help.
During his years in Tulsa, he was very active in the lives of his beloved seven grandchildren and two great-grandchildren. The couple attended Will Rogers United Methodist Church and were active in their Sunday school class.
Bill was preceded in death by his parents, Ora Etta Stokes and Murl Dennis Stokes, and his sister Imogene Wilburn.
He is survived by his wife of 56 years, Patsy G Stokes; sons Micheal Stokes and Jay Stokes; and a daughter in-law, Tammy Stokes. He is survived by grandchildren Clay Stokes and wife, Samantha Stokes; Justin Stokes; Micah Stokes; Maia Stokes; Tanner Stokes and wife, Haley Stokes; Garrett Stokes; Piper Stokes; his sister Joyce Wilcox; and numerous cousins, nieces and nephews.
Service is at 11 a.m. Wednesday at Will Rogers United Methodist Church, with interment in Calvary Cemetery. In lieu of flowers, donations may be made to Will Rogers United Methodist Church, 1138 S. Yale Ave., Tulsa, OK 74112.
Published on February 18, 2020
To plant a tree in memory of William Stokes, please visit Tribute Store.

Plant a tree in memory
of William

J.L Carter
I will never forget this great man !!! He was my baseball coach. Ada Elks. Spent many of days and weekends with Bill , Pat , Jay Mike. Great family. 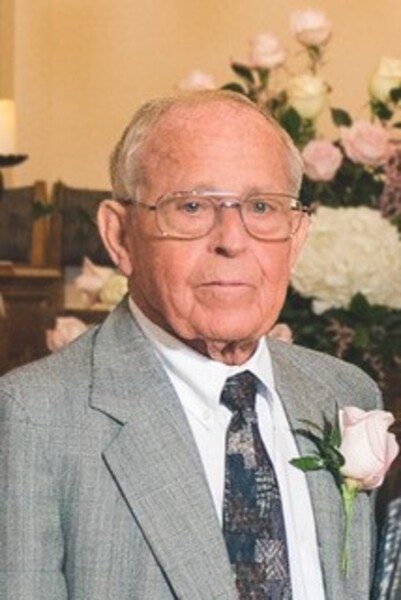