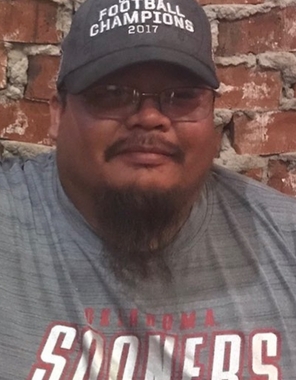 Back to Ricky's story

Ricky Hawk Ludlow was born July 28, 1978, to Louisa Emaline Tom Kruger and Ellis Ludlow Jr.
He left this world to be with his Heavenly Father on Wednesday, March 11, 2020. His memorial service will be at 11 a.m. Monday at Ada First Indian Baptist Church.
Ricky made his living as a truck driver in the oil field and was very proud of his truck-driving
skills.
Every Saturday during football season, you would find Ricky in front of the TV, decked out in his OU gear, cheering on his Sooners. In fact, he made it a family affair and if you didn't have on your OU gear, you weren't allowed in the living room.
He was a very loving and actively involved husband and father, and his children were his life. He attended church and was a member of Ada First indian Baptist Church.
Ricky was preceded in death by his parents, Louisa Kruger and Ellis Ludlow Jr.
He is survived by his wife, Katrina, daughter, Arabella, and two sons, William and Reyden, all of the home; brothers Kevin Terrell and wife, Sheila, of Durant and Darren Ludlow of Honnabi; sister, Andrea Russell of Texas; and many nieces, nephews, cousins and friends.
Published on March 13, 2020
To plant a tree in memory of Ricky Hawk Ludlow, please visit Tribute Store.

Plant a tree in memory
of Ricky

A place to share condolences and memories.
The guestbook expires on June 11, 2020. 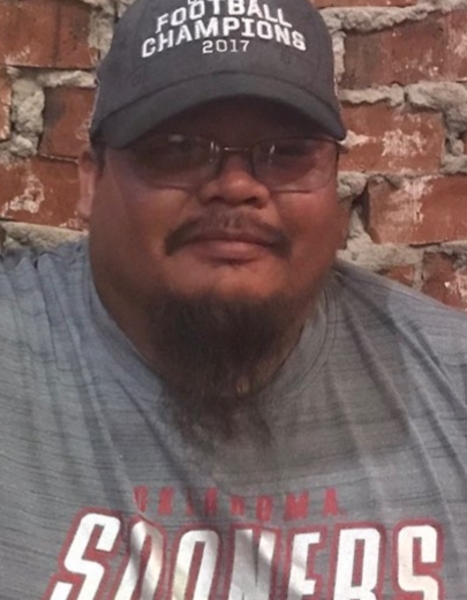