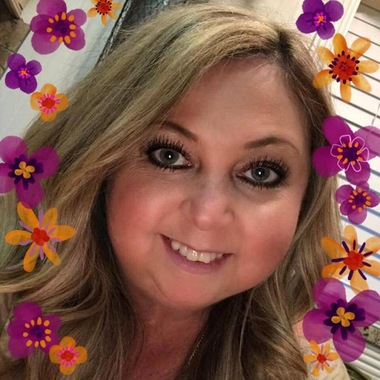 Back to Lindsay's story

Services for Lindsay Snow, 43, of Ada are at 2 p.m. Tuesday at the First United Methodist Church. The Rev. Brian Matthews will officiate. Burial will follow at Rosedale Cemetery.
Lindsay did not let a lifelong battle with rheumatoid arthritis stop her from living large. She described herself as having "big dreams and realistic expectations." Most mornings, she woke up not sure how her day was going to go. Often it was a struggle.
But oh, that sass! And that smile!
Most who encountered our Lindsay had little clue of her physical and emotional pain. She made the people around her feel better about themselves.
Diagnosed with juvenile rheumatoid arthritis when she was 2, Lindsay lived and loved beyond all expectations before finally the disease proved too much. She died Thursday in Oklahoma City, with her beloved family by her side.
Lindsay Catherine Snow was born Aug. 11, 1976, in Ada. She graduated from Ada High School in 1994 before earning a degree in health information management from East Central University in 1998.
Lindsay loved dogs, kids, Oklahoma State football, the Dallas Cowboys (especially Troy Aikman), sunny beaches and frozen drinks with umbrellas. She had an incredible circle of close friends.
Lindsay had an unwavering faith in God. As a member of the First United Methodist Church, she led a Sunday school class. She also completed ministry training in grief counseling.
She remained upbeat and positive, despite the harrowing challenges of living with her illness. She underwent more than 25 surgeries, including five joint replacements, and took 17 medications daily to control her symptoms.
"Every day is a new day, and I never know how I will feel until I try to get up," she wrote on her Instagram account, "lindsaysnowwithra."
There were moments it felt too much. "Who am I kidding, it's hard to stay positive half of the time," she wrote. "I'm trapped in a body that doesn't do what I want it to do."
But always, she found her footing with her faith, support from her incredible parents - Jerry and Lynn Snow - and her own grit and determination.
"Even though I've listed a lot of negatives, my life is good. I have an amazing support system, and I have my faith. Life is hard sometimes, but I just keep going," she said.
The family would like to express its deepest appreciation to the medical staff who cared for Lindsay through her many trials. In particular, they would like to acknowledge Dr. Semira Charboneau and Dr. Tawfik Ramadan for their compassion and skill.
Lindsay is survived by her parents, Lynn and Jerry Snow of Ada; brother, Trevor Snow and wife, Jamie, of Franklin, Tennessee; niece, Caty Snow; nephews, Brady Snow and Matthew Snow; and numerous aunts, uncles and cousins across Texas, Oklahoma, California and Louisiana.
She was preceded in death by her grandparents, Inez and Hicks Smith and Presley and Gertrude Snow; aunt, Sheralyn Snow Williams; and cousin, Lori Lee Smith.
The family says those who wish may make memorials to PAWS, 1200 Sandy Creek Drive, Ada, OK 74820.
Published on February 21, 2020
To plant a tree in memory of Lindsay Snow, please visit Tribute Store.

Plant a tree in memory
of Lindsay

A place to share condolences and memories.
The guestbook expires on May 21, 2020.

Al Dennis
Lynn and Jerry. I am so saddened by the news of your daughter's passing. Stay strong.

Love's Tapestry was purchased for the family of Lindsay Snow by The Byrds.  Send flowers

Mark Barnett
I’m sorry I am unable to attend the funeral. I am gone on military training out of state. Continuing prayers for all her friends and family. She was a blessing to us all.
Stacey Stewart Smith
Your family and friends stay on my heart...grief is an unending journey. Your life touched so many lives, dear Lindsay. You were the epitome of a warrior and your legacy lives on in us all. You made my life better...we all miss you. Prayers and vibes for all of us mourning this toughest loss.
Love Tawny and Emily Starritt

Heavenly and Harmony was purchased for the family of Lindsay Snow by Love Tawny and Emily Starritt.  Send flowers

Small Garden Dish was purchased for the family of Lindsay Snow by Brett and Cathy Williams.  Send flowers

Elizabeth Palmer, Deborah Carey and Kerri Bogle
Not many people are as special as Lindsay. She was an ever burning bright light in this world. Her love for her family and God was evident in everything I observed from afar. See, I never had the pleasure of meeting Lindsay face to face, however her impact on my life has been great. The little things shared over the phone, in e-mails, her post on Face Book that I cannot tell you how many times she made me laugh out loud! She was an inspiration, someone who never gave up and continued to encourange others even in the her depths of her own struggles. She made this world a better place. I know she will be missed by all and my heart goes out to you, her family and friends as you experienc...e such loss. Celebrate her life as she would have wanted, celebrate that God placed her here for a reason and now he has chosen to take her home. May you rest in the peace of knowing she is now in a new body. She will be missed by the cancer registry team in in Joplin Missouri. She was beautiful inside and out.Read more
DSI Family

Full Of Love Bouquet was purchased for the family of Lindsay Snow by DSI Family.  Send flowers

Beautiful Dreams was purchased for the family of Lindsay Snow.  Send flowers

Lovely One Spathiphyllum Plant was purchased for the family of Lindsay Snow.  Send flowers

Sweetest Sunrise Bouquet was purchased for the family of Lindsay Snow by Tribute Store.  Send flowers 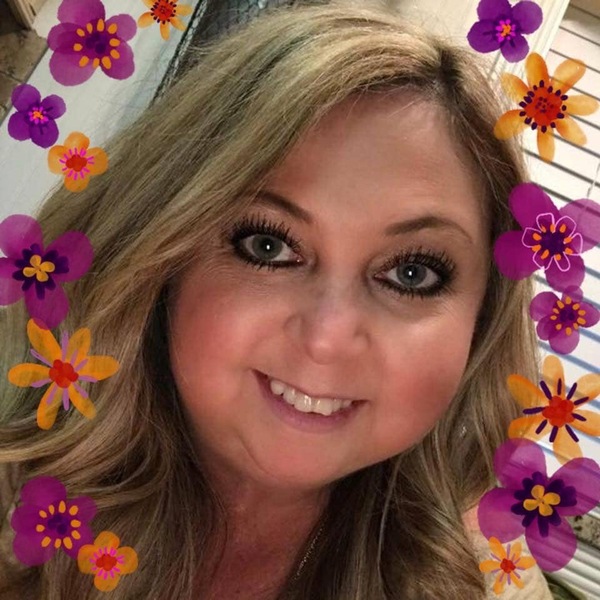