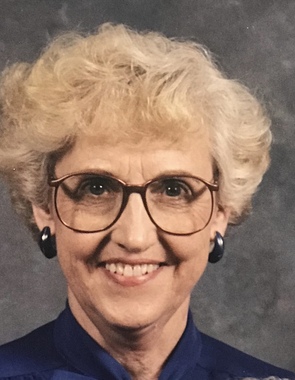 Back to Lily's story

Services for Lily Mae Cagle, 89, of Allen are at 2 p.m. Saturday at the Allen School Auditorium. The Rev. Buddy Drake will officiate. Burial will follow at Allen Cemetery.
The family will receive friends from 6-8 p.m. Friday at the Allen Chapel.
Mrs. Cagle passed away Monday, Jan. 13, 2020, at an Ada assisted living center, surrounded by her family.
She was born Oct. 23, 1930, at Parker (Coal County) to George Hulett Cosper Sr. and Mattie Jewel McKnight Cosper.
She graduated from Allen High School in 1948 and graduated from East Central State College in 1951 with a major in business education. She later received a master's degree.
In 1951, Lily began teaching business and home economics at Atwood School.
She married Jackie Ray Cagle on Dec. 24, 1955. He preceded her in death March 11, 2010.
In 1956, Mrs. Cagle started teaching in Allen. One of the challenges was teaching her siblings and their friends. She taught seventh- and eighth-grade English at Gerty during the 1961-62 school year and returned to Allen in 1962.
She retired from the Allen school district in June 1986. The Allen Alumni Association, school Superintendent Larry Darbison and the alumni officers honored her with a plaque, and State Rep. Lonnie Abbott presented her a proclamation from then-Gov. George Nigh declaring June 14, 1986, as "Lily Mae Cagle Day" in the state of Oklahoma.
After her retirement, she worked 10 more years for Kerr Lab Research Center.
Survivors include her grandchildren, Brett Melton and wife, Jessica, Allen, Derek Melton and wife, Rachel, and Dustyn Frazier, all of Stonewall; six great-grandchildren, Tristan, Eli, Easton, Kye, Jack and Raylynn; six sisters, Lettie Dilbeck and husband, Freeman, Ruth Finch and husband, Ray, Carolyn Kleiss and husband, Wendell, Christine Fletcher, Edith Burgess and husband, Vic, and Patsy Wilkerson; a brother, George Cosper Jr. and wife, Elva; and other relatives and friends.
She was preceded in death by her parents; her husband; daughter, Debra Cagle; brother, J.D. Cosper; and a sister, Maxine Bell.
Bearers will be Brett Melton, Derek Melton, Dustyn Frazier, John Burgess, Scott Burgess and Leif Lowrimore.
Published on January 15, 2020
To plant a tree in memory of Lily Mae Cagle, please visit Tribute Store.

Plant a tree in memory
of Lily

A place to share condolences and memories.
The guestbook expires on April 14, 2020.