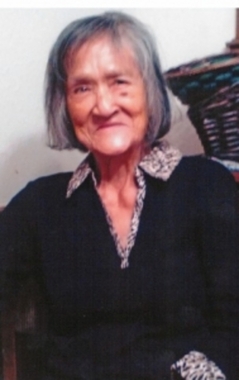 Back to Hazel's story

Hazel Wood, 80, life-long Seminole resident, passed away Saturday, March 19, 2016, in Ada. Hazel was born Nov. 3, 1935, in Connerville to parents, Emmett Wood and Maud (Spain) Wood. Hazel lived in Seminole county most of her life. As a child she lived in California and as a young mother she lived in Lorain, Ohio, with her younger children. Hazel was a community health representative for the Seminole Nation of Oklahoma and a child advocate for young mothers. She was of the Baptist faith and a member of Spring Baptist Church, the Fushutchee Band and a General Council member of the Seminole Nation of Oklahoma for many years. She enjoyed helping tribal members. She also loved cooking, listening to country music and spending time with her grandchildren. Hazel is survived by five sons, Charles Tiger of Hollywood, Florida; Woodrow West of Wolf; Mickey Davis of Wynnewood; Kelly Davis of Konawa; and Jeff Larney of Ada; two daughters, Collen Larney of Oklahoma City and Terri Foster of Seminole. She is also survived by 26 grandchildren, 36 great-grandchildren and 7 great-great-grandchildren. Hazel was preceded in death by her parents, Emmett and Maud Wood; one daughter, Janice L. Hill; one son, Tony Davis; one granddaughter, Brandy Lee Davis; and one great granddaughter, Angel Warledo. Funeral services will be held at 2 p.m. today at Swearingen Funeral Home Chapel. Jimpsey Harjo and Ed George will officiate. A wake service was held from 6 to 8 p.m. Tuesday at Swearingen Funeral Home Chapel of Seminole. Serving as casket bearers are: Nakoma West, Casey Foster, Mickey Davis, Cody Foster, Brandon Davis, T.J. Ellis and Gabe Walker. Honorary casket bearers are grandsons, Tristen Larney, Vincent Walker, Adonis Kiser, Aiden Kiser and Paul Gonzales.
Published on March 22, 2016
To plant a tree in memory of Hazel Wood, please visit Tribute Store.

Plant a tree in memory
of Hazel

A place to share condolences and memories.
The guestbook expires on June 20, 2016. 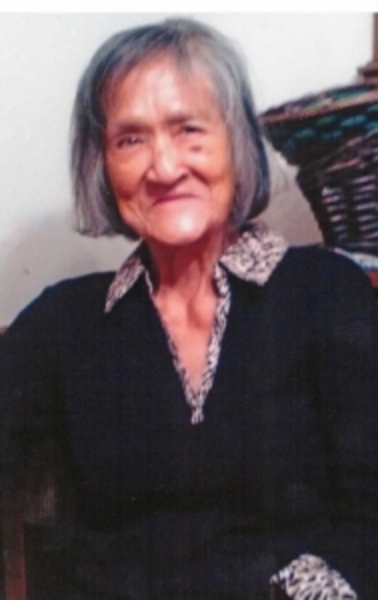