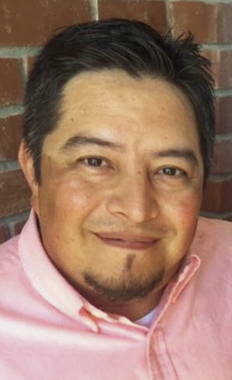 Back to Gregory's story

Gregory Lee "Greg" Robinson, 44-year-old Shawnee resident and former Seminole resident passed from this life on Saturday, June 4, 2016, at St. Anthony Hospital in Shawnee. He was born Feb. 18, 1972, in Seminole to parents Gary Lee Robinson and Judy (Johnson) Robinson.
Greg grew up in Seminole, where he attended Seminole Public Schools. He graduated from Seminole High School in 1990. During his time at Seminole High School, he played football for the Seminole Chieftain Football team, where he wore the number 21 on his uniform. Because of this, he was given the nickname of "21" by his teammates. Greg loved everything Chieftain. He was an avid sports fan, a dedicated Pittsburg Steelers fan, and a University of Oklahoma Sooners fan and was always rooting for the Florida State Seminoles.
Greg went on to play football for Haskell Junior College in Lawrence, Kansas.
On March 19, 1994, Greg married the love of his life, Andrea G. Morehead, at the Freewill Baptist Church in Prague.
Greg worked for the U.S. Postal Service for the past 17 years as a mail carrier in Shawnee. He loved his job and was always going above and beyond for the people he delivered mail to. He was known to often take a grocery list or run an errand for the elderly on his route. Greg would also take a couple of minutes to visit with someone who just needed to talk.
Sadly, this man who was so unassuming, who had a smile for everyone and was a friend to all he came in contact with, passed from this life because he had a blood clot that he was not aware of breaking loose and it traveled to his heart, breaking many people's hearts in its wake.
Greg loved his family with all that he had. He was so proud that at this point in his life he had been attending church, he had accepted Jesus Christ as his Lord and Savior and had been baptized. The fact that he and his wife were raising a Christian family made him very happy.
Greg leaves to cherish his loving memories his wife of 22 years, Andrea (Morehead) Robinson of the home in Shawnee; three daughters, Gabriela Laken Robinson of Shawnee, Genna LeeAnn Robinson of Shawnee and Riley Cate Robinson of Shawnee; his father, Gary Lee Robinson and his wife, Joy, of Fittstown; his mother, Judy (Johnson) Little and her husband, David, of Commerce; one sister, Gwendolynn Lovine Conn and her husband, Kevin, of Fittstown; his father-in-law, Terry Lee Morehead and his wife, Jellene, of Paden; two sisters-in-law, Terra Lyn Vass and her husband, Rick, of Paden and Jennifer Wright and her husband, Jon, of Yukon; and one brother-in-law, Jeffery Morehead and his wife, Kaycee, of Paden.
Greg is also survived by a host of other family and dear friends.
Greg was preceded in death by his mother-in-law, Delilah Mae (Smith) Morehead; his maternal grandparents, Raymond Johnson and Mary Green Johnson; his paternal grandparents, Ernest Franklin Robinson and Zola Lovine Robinson; and one uncle, Ronald "Sonny" Johnson.
The family will receive friends from 6 to 8 p.m. today at Swearingen Funeral Home in Seminole.
Funeral services are scheduled for 1 p.m., Thursday at Freewill Baptist Church, located on South 14th Street in Prague. The Rev. Randall Miller and David Taylor will officiate the service.
Messages of condolences may be sent to the family online at www.swearingenfuneral.com.
Published on June 7, 2016
To plant a tree in memory of Gregory Robinson, please visit Tribute Store.

Plant a tree in memory
of Gregory

A place to share condolences and memories.
The guestbook expires on September 05, 2016. 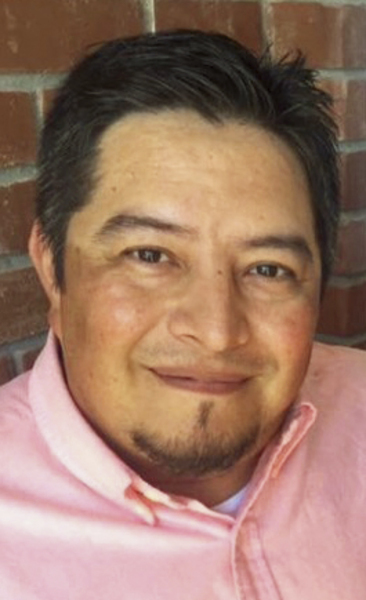