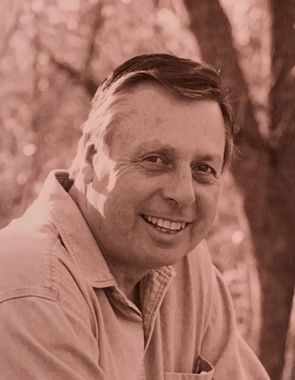 Back to David's story

Services for David Mose Wiley, 78, of Okmulgee and formerly of Ada will be at 10 a.m. Friday at the Criswell Funeral Home Chapel. The Rev. Donnie Jacob will officiate. Burial will follow at Wiley-Watson Family Cemetery in Dustin, officiated by the Rev. Donnie Jacob and the Rev. Whitlow of Thewarle Church.
The family will receive friends from 6-8 p.m. Thursday at Criswell Funeral Home.
David passed away Friday, Jan. 17, 2020, at a Broken Arrow hospital.
He was born Sept. 8, 1941, in Claremore to Wilburn W. "Sonny" and Billie Jean Taylor Wiley. He graduated from Maud High School in 1959 as co-valedictorian.
He attended Oklahoma State University in 1959 and played basketball under Hank Iba. He then transferred to East Central University, where he received a B.S. in education in 1963. While at East Central, he served as Student Senate president and also played basketball from 1960-1963. Later, in 1989, he received a master's in education from East Central University.
Coach Wiley began his career in 1964 at Carrier High School, where he led his team to the 1970 Class A State Championship. His overall coaching career records consists of 595 wins and 241 losses, and his career record as a girls basketball coach is 462 wins and 177 losses.
He was inducted into the Oklahoma Girls High School Basketball Hall of Fame in 1994 and was ranked No. 75 in Oklahoma high school all-time girls coaching wins.
Coach Wiley coached eight All-State Basketball players and had also started the girls track programs at Carrier and Ardmore. He led Ardmore to the girls State Track and Field State Championships in 1980, 1981 and 1982. He was selected Track Coach of the Year in 1980, 1981 and 1982. He was selected to coach the girls All-State Basketball games in 1971.
Coach Wiley was the Ada High girls basketball coach from 1984-1991. He was the Indian Education director for Ada City Schools from 1984 until he retired in 2005.
Coach Wiley was the founder and creator of Ada City Schools' Alternative Education School.
David was an avid outdoorsman who enjoyed hunting and fishing all his life.
Survivors include his daughter, Leah Older and husband, Mark, Denver; his son, Dr. Matthew Wiley and wife, Christina, Jenks; grandsons, Campbell Wiley, Noah Wiley and a third grandson due in March; a granddaughter, Everlie Wiley; two sisters, Tresha Wiley-Brock and her husband, Buster, and Patsy Jean Schmidlkofer and husband, Robert; his nieces, Angie Norman and Ginger Schmidlkofer; and nephews, David Brock and Jason, Willy and Vinnie Schmidlkofer.
Bearers will be Zane Bowman, Alton Willingham, Bobby Gray, Chuck Roberts, Mike Anderson and Mark Older. Honorary bearers will be Campbell Wiley and Noah Wiley.
Published on January 21, 2020
To plant a tree in memory of David Mose Wiley, please visit Tribute Store.

Plant a tree in memory
of David

A place to share condolences and memories.
The guestbook expires on April 20, 2020.

Kim Dawayne Taylor
To Trisha, Patsy and all the family, my heart is with you. Always looked up to Cousin David. What a leader. What a life. Very proud to be part of his family. Kim
Roger A Copeland
Please accept my deepest condolences at David's passing. He was a good friend when we were in high school and I've never forgotten him.
Jason Fulks
My thoughts and prayers are with the family of Coach Wiley. We had a lot of good times hunting and fishing together while I was at Ada. I will always remember him.
Malinda Taylor
I express my thoughts and prayers for the family of David Wiley. May the Lord give you guys some peace at this time.
Muluye

Loving Grace was purchased for the family of David Mose Wiley by Muluye.  Send flowers

Beautiful in Blue was purchased for the family of David Mose Wiley by The Tricinellas.  Send flowers